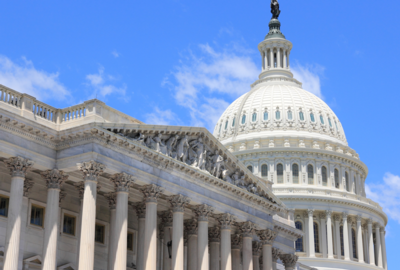 On October 24, the SUPPORT for Patients and Communities Act (SUPPORT Act) was signed into law. This comprehensive legislation addresses the United States opioid crisis. It also takes steps to augment and enhance the nationwide system for preventing and treating opioid addiction.

Nationally, in 2016, nearly 64,000 people died of drug overdoses across the United States. Approximately two-thirds of these deaths were linked to opioids.1 Opioids were linked to one in five deaths, or 20% of all deaths, for adults ages 25-34.1

Overall, the SUPPORT Act aims to improve a wide range of public health measures and law enforcement tools to address the opioid epidemic, from approval and oversight of existing opioid therapies and prescribing practices to the development of technologies to detect illegally imported narcotics. More specifically, the law lifts a decades-old Medicaid restriction on payment for inpatient addiction treatment. It will also expand access to medication-assisted treatment, known as the gold standard of addiction care, and will allow Medicare to reimburse for some of these services.

Also In This Edition

Health benefit plans vary, but in general to be eligible for coverage a drug must be approved by the Food and Drug Administration (FDA), prescribed by a health care professional, purchased from a licensed pharmacy and medically necessary. Some plans require you to use an in-network pharmacy for prescriptions to be covered. Coverage is subject to any plan deductible, copayment and/or coinsurance requirements. Product availability may vary by location and plan type and is subject to change. All group health insurance policies and health benefit plans contain exclusions and limitations. For costs and details of coverage, contact a Cigna representative. Group medical and pharmacy plans are insured and/or administered by Cigna Health and Life Insurance Company or its affiliates. Policy forms: OK - HP-APP-1 et al., OR - HP-POL38 02-13, TN - HP-POL43/HC-CER1V1 et al. All pictures are used for illustrative purposes only. This website is not intended for residents of New Mexico.